Working Together to Preserve the Forks of the Credit

Forks of the Credit Preservation Group

Thank you for visiting this site and learning our story.

We are a group of Caledon residents expressing our concerns for the health and well-being of the magnificent place we call home.

The Forks of the Credit is a beautiful area of rolling hills, forests, farmland, rivers and lakes. Located in the heart of Ontario’s Greenbelt, it is a destination for visitors looking for time in nature and pristine green spaces.

Hundreds of thousands of people, local residents and visitors alike, love this place…this oasis, this home to wildlife and endangered species.

Following the Ice Age, when the glaciers melted, a vast aquifer was created and Caledon was blessed with natural resources. Springs, rivers and lakes were formed, creating habitats teeming with life. Deposits of gravel and limestone were also left behind.

A balance needs to be maintained between preserving the natural environment that sustains all forms of life and extracting the resources we require.

We need your help to ensure that this delicate balance is preserved, protected and enhanced.

Simply put, our goal is to preserve the ecological integrity of Caledon by protecting our Water, Land, and Air by stopping the below the water table Blasting Quarry being proposed by VC/CBM St Marys.

We are engaging with:

All of these efforts require considerable funding and volunteer resources.

We can’t do this alone.

Votorantim Cementos, owner of CBM St Marys, (referred to as VC/CBM St Marys) is a Brazilian conglomerate. They are proposing to blast and excavate a hole over 80 feet deep and below the water table. This quarry would be situated on 800 acres of forest and farmland in the heart of the Caledon Greenbelt and Greenlands System in Peel.

Caledon has many gravel pits. How is a quarry different?

“A pit is an area of land from which unconsolidated aggregate (sand and/or gravel) is being excavated. A pit is usually a much smaller scale operations than a quarry.”

“A quarry is an area of land from which consolidated aggregate (solid rock) is being excavated. This excavation often requires blasting and can go below the water table.”

This blasting quarry will have a profound impact on the quality of life for thousands of local residents and visitors.  Water issues for the Credit River, loss of farmland, dust contamination, loss of ecological features, and increased truck traffic are some of the concerns that would affect all of us. When finally depleted, the Forks of the Credit will be left with a colossal gaping hole in the ground that will still exist 10,000 years from now.​

With your help, we can ensure that a license for this quarry is never approved. 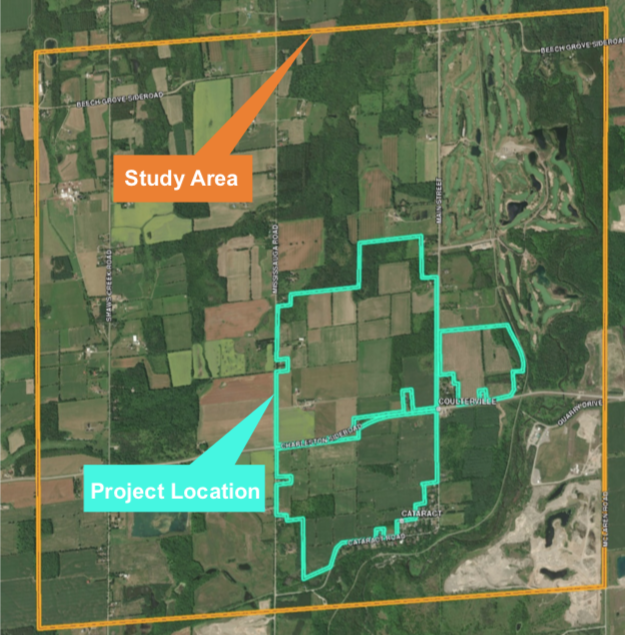 This map of the proposed quarry was created by VC/CBM St Marys.
The area inside the blue perimeter is the "Project Location", approximately 800 acres. 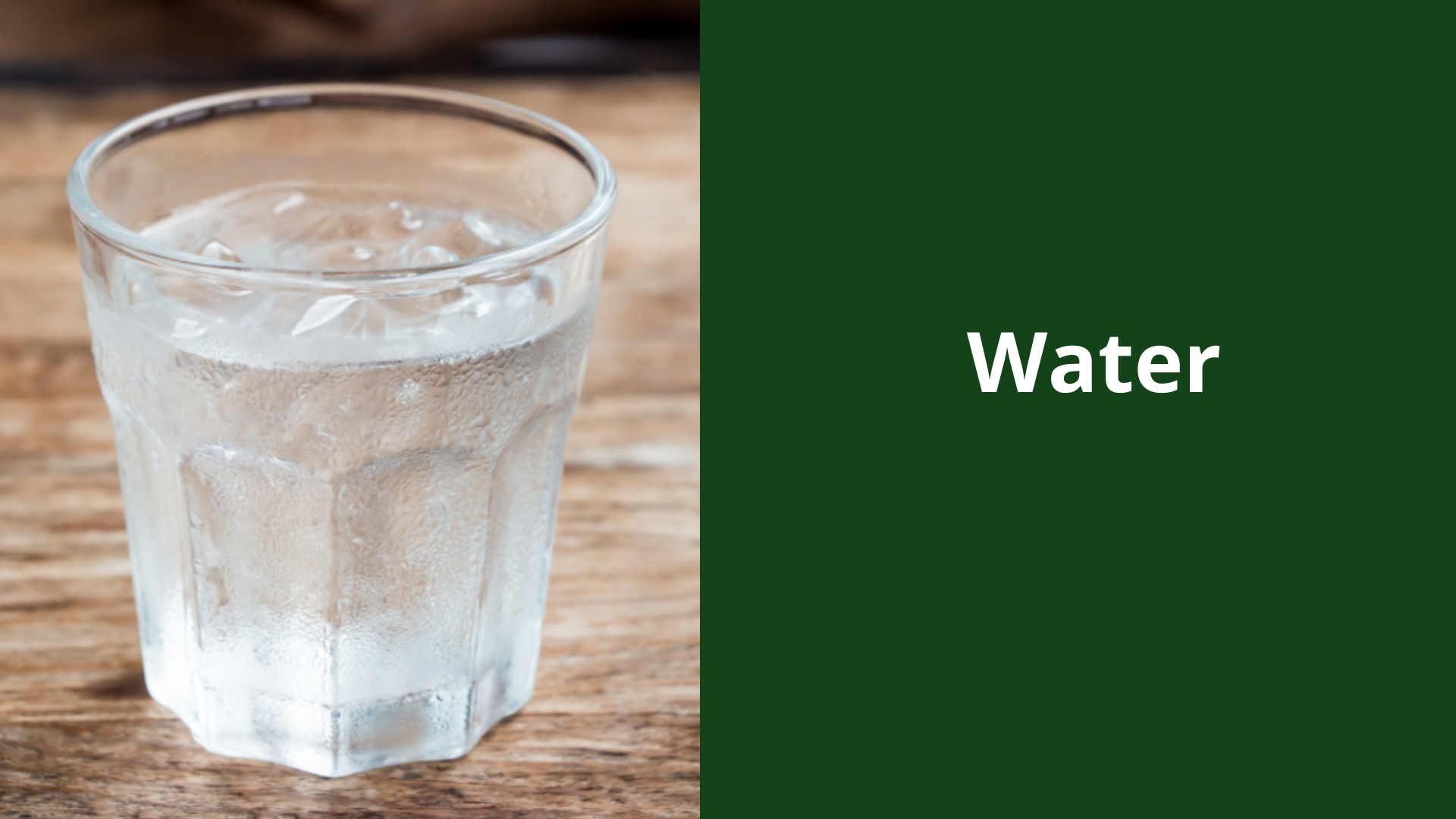 Because blasting and excavation will occur below the water table, continuous pumping of millions of litres of water from the pit floor will be necessary. What will be the impact not only on local water supplies but on the entire Credit River Watershed?

The Credit River runs less than a kilometre from the VC/CBM St Marys proposed quarry site and would be the recipient of massive volumes of discharged water. This area of the Credit River is one of the optimal habitats for Brook Trout (a Species at Risk) in all of southern Ontario.

Originally known as the Missinnihe River, it has long been and continues to be a culturally and environmentally significant river. The river, the biodiverse lands that surround it, and the communities in the nine municipalities that border it will be impacted the entire 90 kilometres all the way to Lake Ontario. 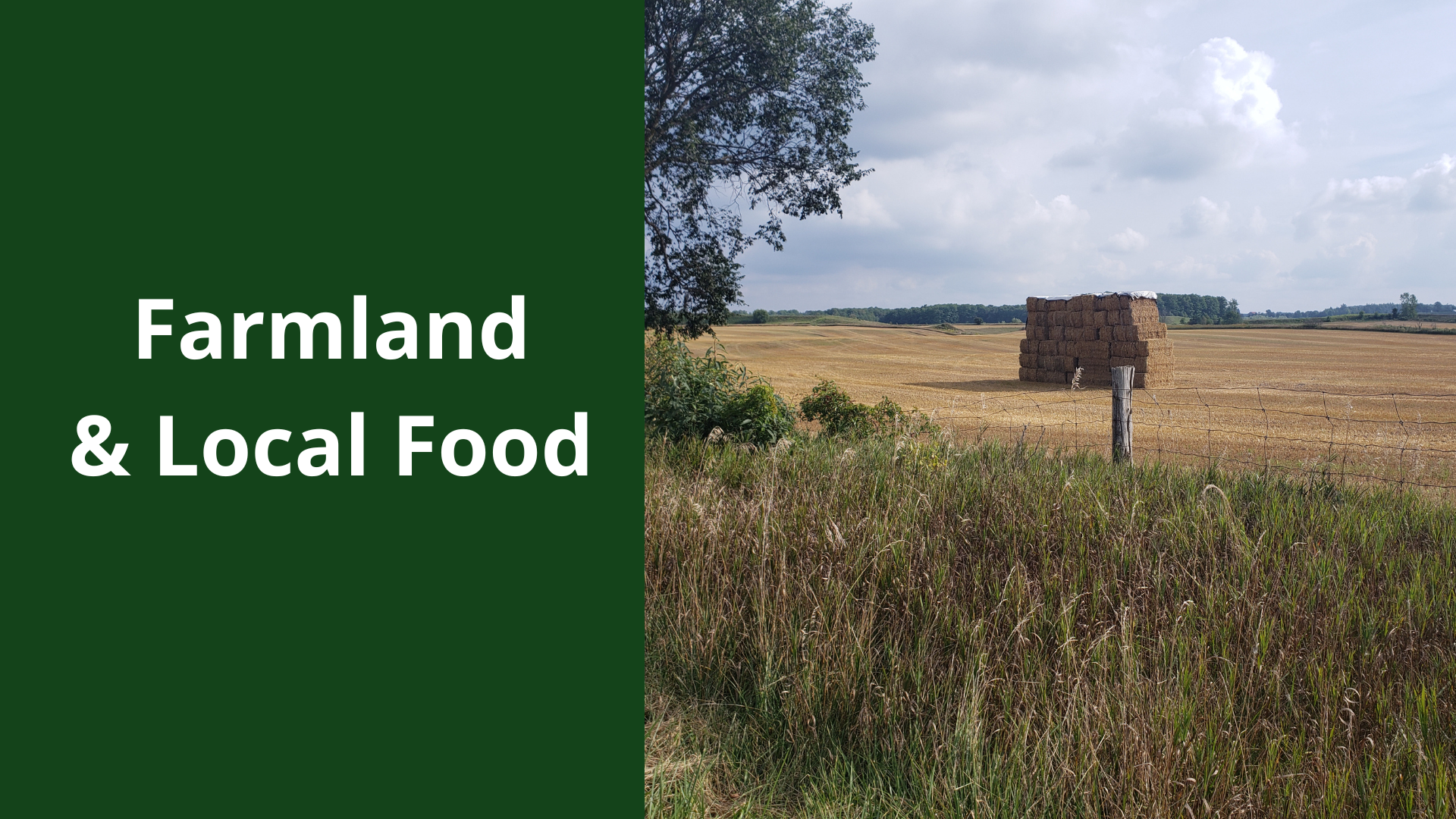 Only 5% of Ontario's landmass is useable farmland and yet, by 2016, Ontario was losing 175 acres of farmland PER DAY. As of the 2021 Census of Agriculture, that loss has increased to 319 acres per day, an increase of 82% in just 5 years! This one proposed project will permanently destroy 800 acres of farmland.

If we cannot grow our food locally, we risk becoming dependent on foreign sources and global supply chains. Is that really what we want? 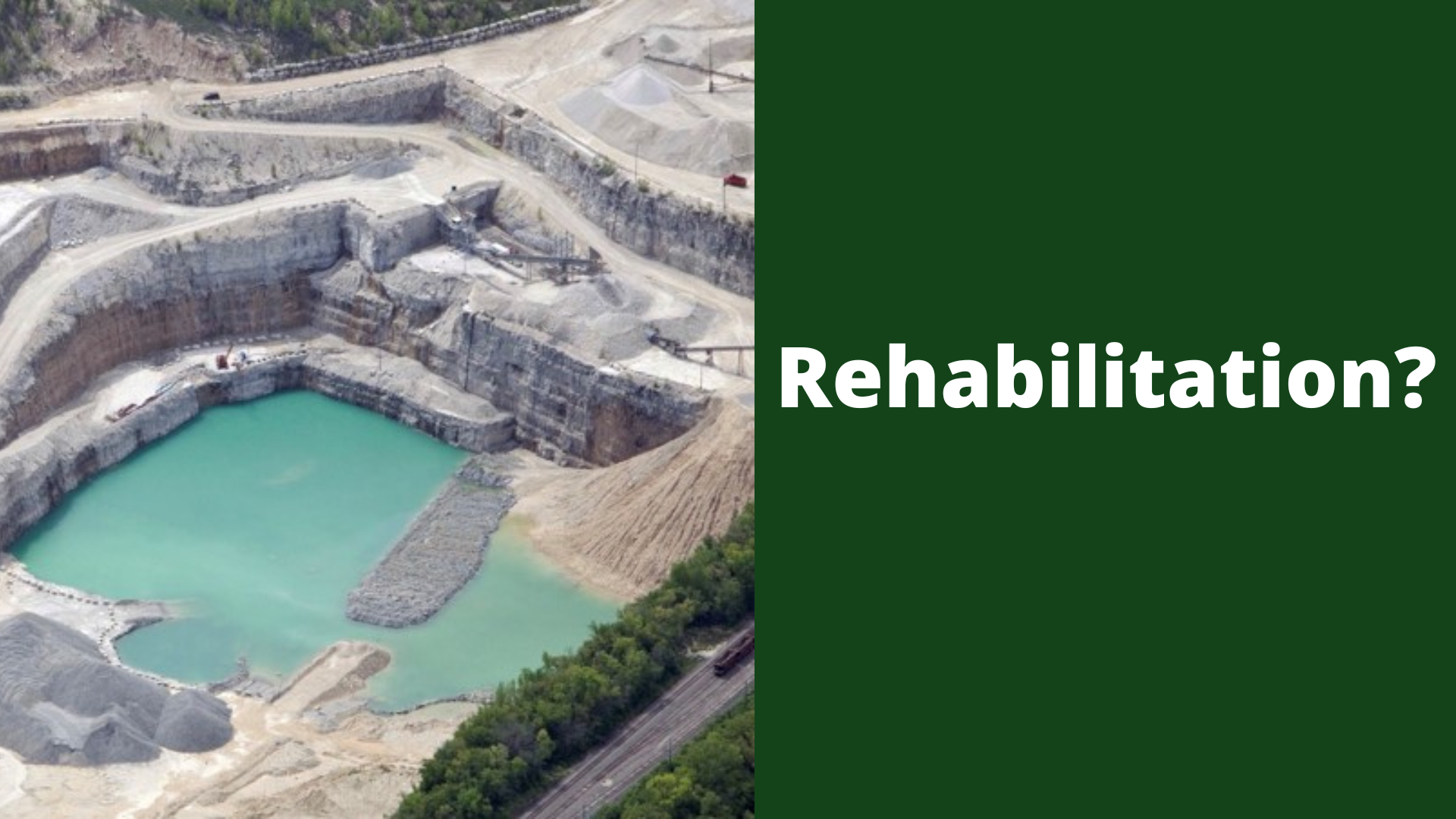 Mature forests and productive farmland can never be put back into place after a quarry is depleted.

The gravel removed when the site was cleared and which acts as a natural filtration system for groundwater can never be put back.

Leaving a "lake" behind means turning groundwater into surface water which is subjected to pollution and evaporation.

True rehabilitation is simply not possible.

Additionally, aggregate licenses do not have an end date. Efforts to rehabilitate are not completed until aggregate extraction is deemed by the aggregate company to have ended. 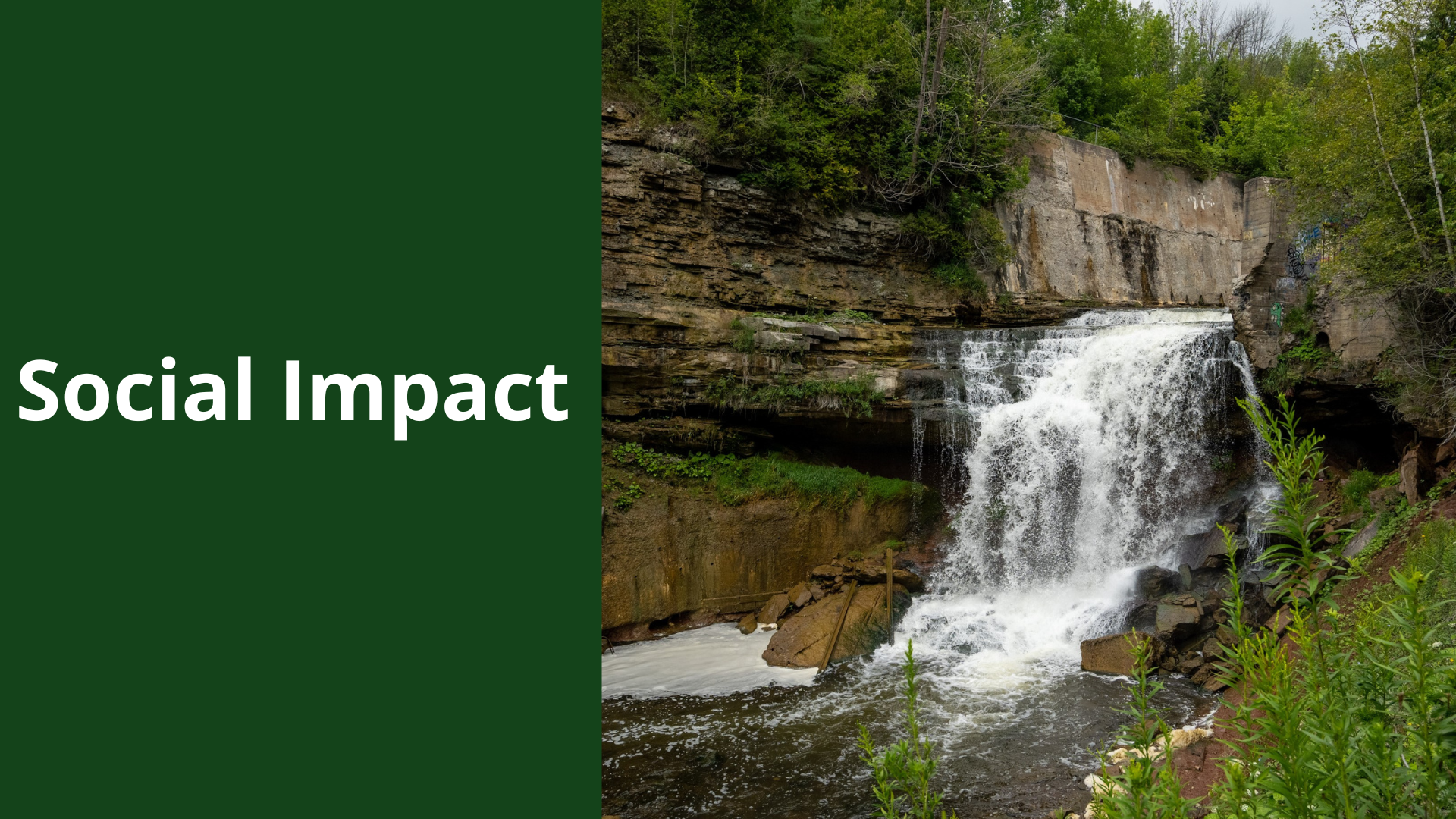 As Peel Region has stated” The Greenlands System was created to ensure that Peel’s natural features and their functions will be preserved over time.”

A quarry would destroy farmland and the natural environment.

A quarry would negatively affect the use and enjoyment of surrounding lands. 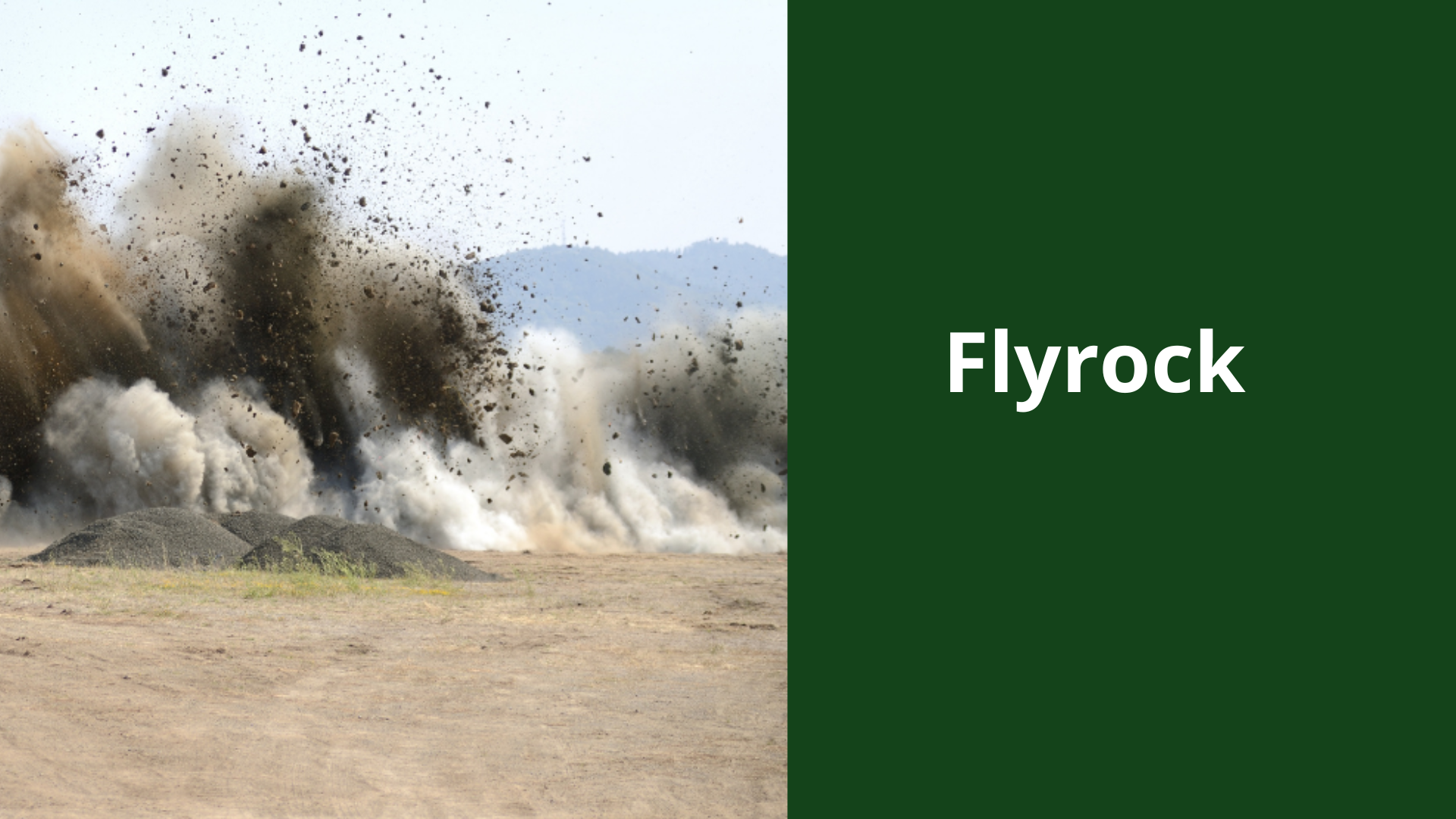 Blasting is a hazardous activity. The generation of fly rock is the most dangerous aspect of quarry blasting. Fly rock is unpredictable.

Fly rock is the unplanned ejection of rock fragments from blast holes, travelling distances as far as 600 m at speeds of up to 650 km/h.

A former FCPG director, Tony Sevelka, has done extensive research on the issue of fly rock risks and below is a link to this complete document. A few relevant points from his paper include:

There is no technology to identify anomalies in bed rock which can result in fly rock. Every one of the multiple bore holes in a blasting event is a separate detonation, subject to the risk of fly rock ejection. 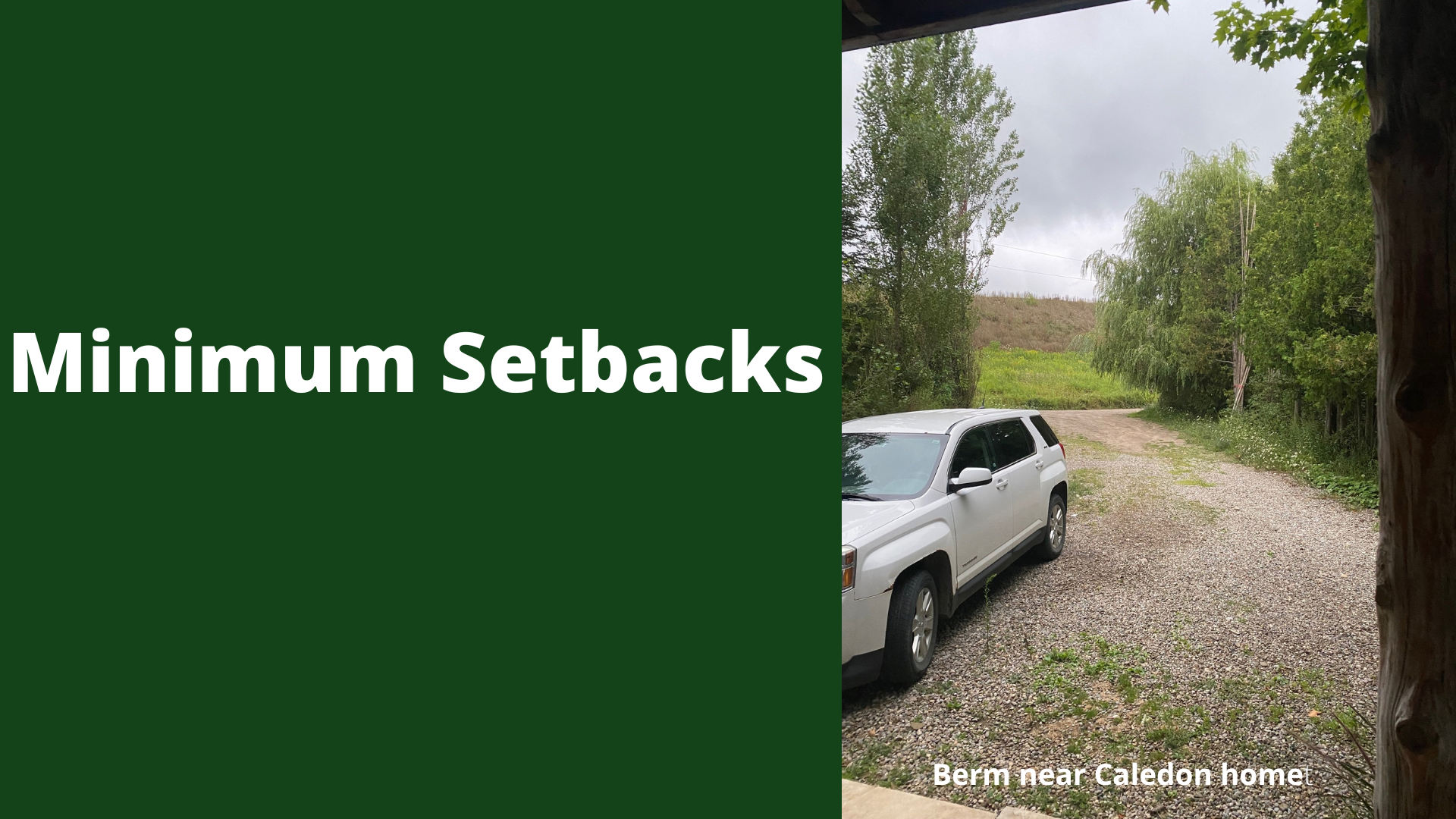 Ontario aggregate policies do not require that quarry owners maintain a safe and reasonable setback distance between the mining operations and nearby so-called "sensitive receptors" such as people, homes, schools, roadways, and natural areas.

This means that the Caledon quarry could extend to within 30 metres of backyards and roads.
Our provincial policies need to be updated for the 21st century.
This would include regulations ensuring a minimum of 500 to 1000 metre setback between quarries and sensitive receptors. 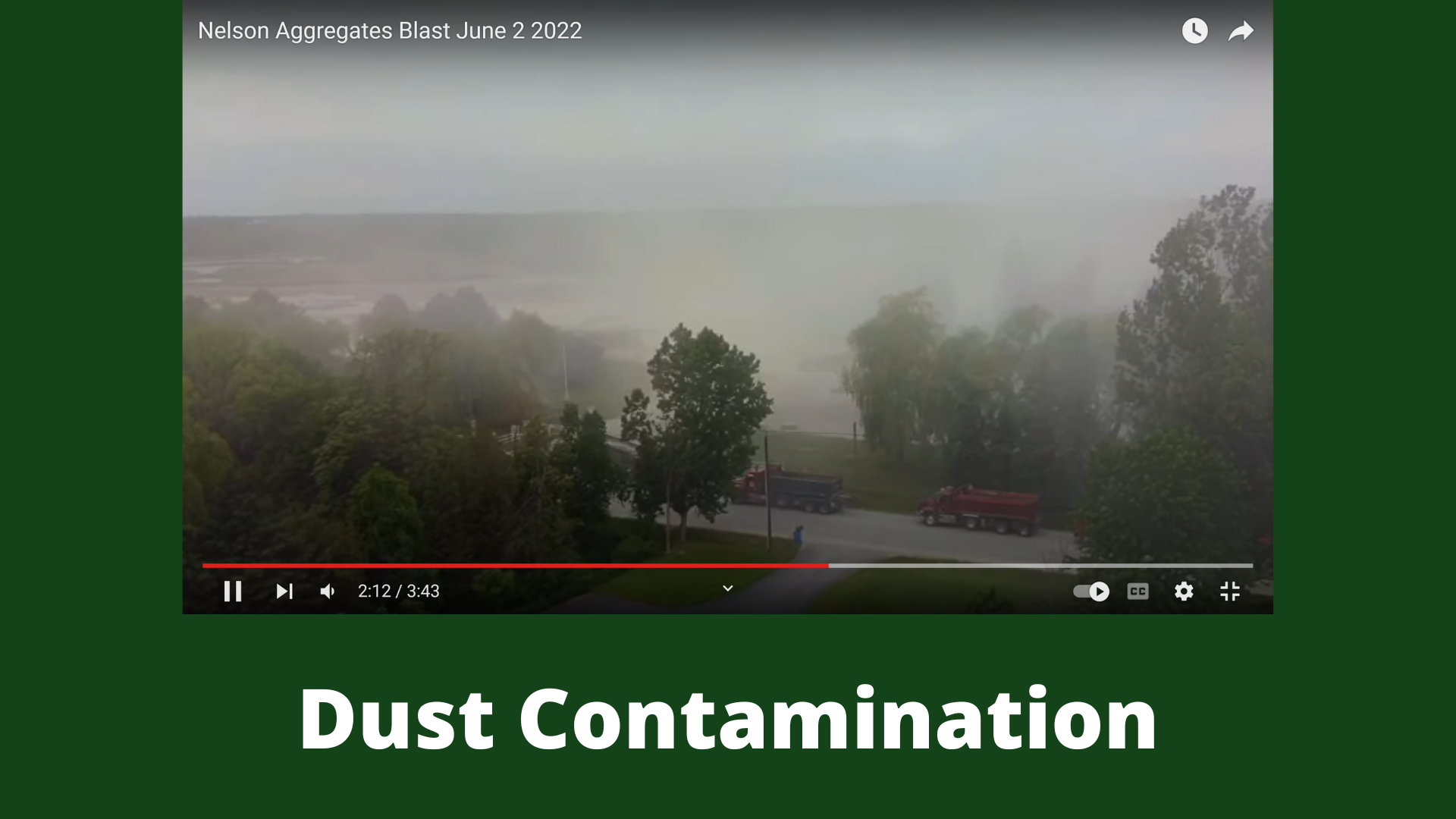 Dust contamination is a recognized and unavoidable consequence of a blasting quarry. Dust is created not just during blasting but throughout the quarry process, including drilling, loading and hauling the rock, and the crushing/screening operations.

Dust is a solid particle which becomes airborne.

The smaller the size, the more hazardous it is to a person's health. The more continuous a person's exposure, the great the risk.

Quite the risk for anyone living in or visiting the area.

Here is the whole video from the Nelson Aggregates blast at their Mount Nemo in their below-the-water table, open-pit gravel mine in Burlington, Ontario quarry, resulting in a dust cloud, possibly containing carcinogenic materials, drifting over people's homes:

About
Forks of the Credit Preservation Group
About